The International Choir Festival of Preveza has a long history, this year it already took place 36th time. The competition had six categories where over 30 choirs form three different continents competed in. In addition to that, the choirs performed various concerts in the city space, at concert halls and in churches. The festival is organised by Preveza’s choral union “Armonia” and Preveza city.

Chamber Choir Helü would like to thank all of its fans and supporters, including Cultural Endowment of Estonia, the city of Tartu and Põlva county. 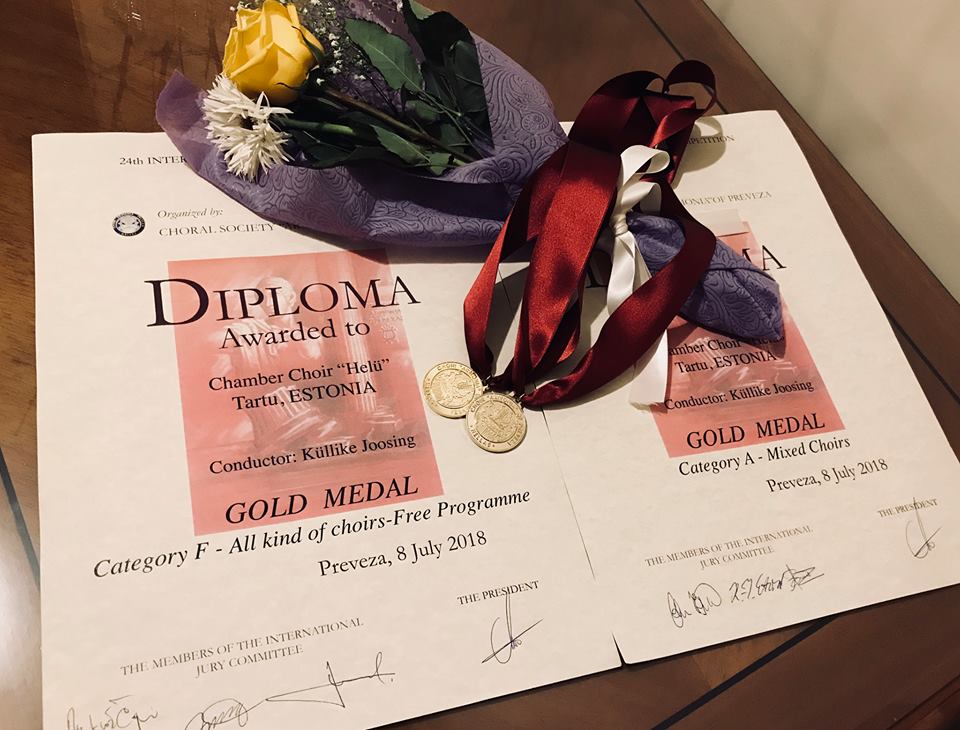